What Ultrasound Vs. MRI scan Is Best For A Gallbladder Disease?

Gallbladders have a variety of functional, structural, bacteriological, and cancerous diseases that can be difficult to diagnose. the author discusses the difference in accuracy between an ultrasound and an MRI scan, as well as when it may be most beneficial to choose one over the other for identifying gallbladder disease.

What are the differences between ultrasound vs. MRI scan in making a diagnosis of gallbladder disease?

Ultrasound is a diagnostic imaging technique that uses sound waves to create images of body tissues. MRI is a type of medical imaging that uses electromagnetic radiation to create detailed pictures of the body’s interior. There are several advantages to using an ultrasound vs. MRI scan in making a diagnosis of gallbladder disease. Ultrasound is easier to perform and can be done in a shorter amount of time than an MRI scan. MRI scans can be more expensive than ultrasounds, but they provide more accurate information about the health of the gallbladder.

When is the best time to use an ultrasound and MRI scan?

Ultrasound is a non-invasive imaging technology that uses sound waves to create images or videos of objects or tissues. MRI scanning is a powerful tool that uses magnets and electric fields to create detailed images of the inside of muscles, organs, and other tissues. There are pros and cons to each technology, so it’s important to choose the one that’s best for your needs.
When it comes to gallbladder disease, an ultrasound is typically preferred over an MRI scan because ultrasound is less invasive and does not require general anesthesia. Ultrasound can also be used to see small pieces of tissue that are difficult to image with MRI. However, an MRI scan can provide more detailed images of the gallbladder and may be preferred in cases where there is suspicion or evidence of cancer.

Are there any risks involved with using a sonogram or MRI scan?

Ultrasound: Ultrasound is less invasive than MRI, and there are no radiation risks. It can be used to view small areas, such as the gallbladder, which makes it a good choice for people with certain health conditions. However, ultrasound may not be useful in certain cases of gallstones.

MRI: MRI is more invasive than ultrasound and poses a greater risk of radiation exposure. It can show larger areas inside the body, including the gallbladder, but it cannot always identify gallstones. MRI also may be more accurate in detecting small gallbladder tumors.

Why would a doctor order an MRI after an ultrasound?

Ultrasound is a popular option for doctors to order after an ultrasound. Ultrasound can show more detail of the gallbladder than MRI, but MRI is better at detecting gallstones.

Are ultrasound and MRI the same thing? 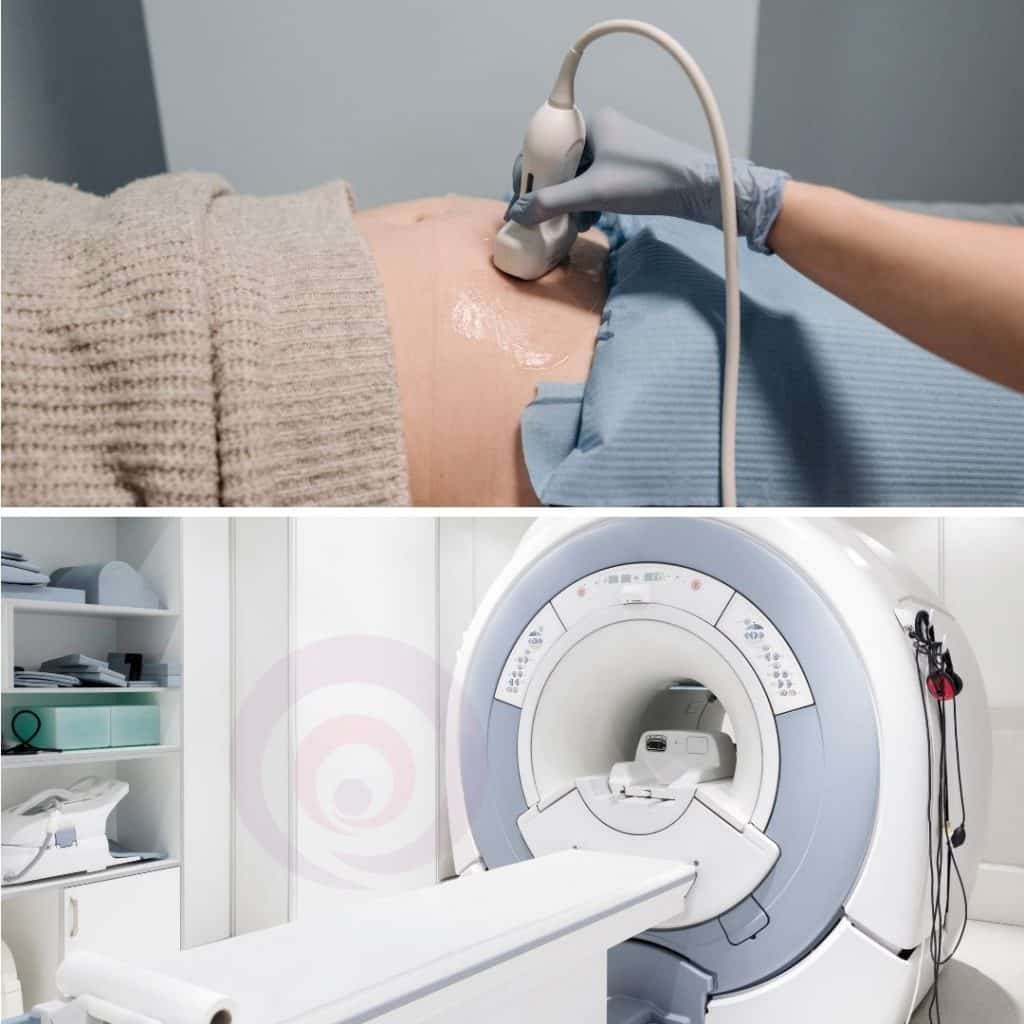 Ultrasound is a noninvasive imaging technique that uses high-frequency sound waves to produce images of body tissues. MRI is a more invasive imaging technique that uses magnetic fields and radio waves to create detailed images of body tissues. Ultrasound is seen as the better option for gallbladder disease because it does not require surgery, and the image quality is generally better. MRI may be preferred for those with severe gallbladder disease or for those who are at risk of developing cancer from exposure to radiation.

Ultrasound is considered the best option for gallbladder disease as it doesn’t involve any kind of radiation and hence there are no chances of any side effects. MRI scan, on the other hand, is better when it comes to providing a detailed understanding of a person’s gallbladder disease, but it is more costly.

Hi, I am Alka Tiwari, Founder & Patient Care Executive at MRIChandigarh.com. Helping you get the diagnostics scans services like MRI, CT Scan, UltraSound & PET Scan, etc at the best price. At MRIChandigarh's blog, I will be writing to create awareness and to educate you about how and where to get diagnostic scans done in Chandigarh at the best price with best-in-class services.
View all posts (45)

Should I be worried about getting an MRI?

MRI Chandigarh - Best MRI Scan Centre in Chandigarh for all MRI, CT Scan and PET Scans. Get most comfortable MRI scan at best price with free pick and drop facility in tricity.